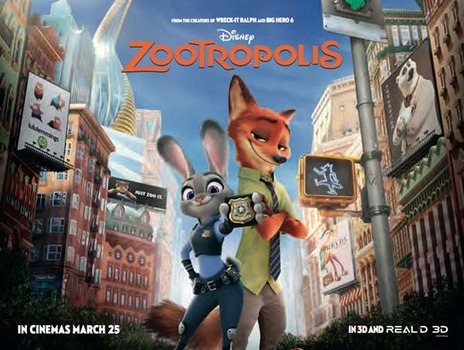 So, it’s no hidden secret that I love Disney films. My DVD collection is slowly building up nicely, so when my friend suggested seeing this, I jumped at the chance! I kept seeing it pop up on my Facebook, but I didn’t have a clue what it was about, which actually turned out better.

Judy Hops is a bunny with big dreams of leaving her parents carrot farm and becoming a police officer. She finds herself with the unlikely partner of a fox called Nick Wild, and the pair have 48 hours to solve a case. There’s lots of obstacles and people who don’t believe in her, with a few twists and turns in true Disney style. 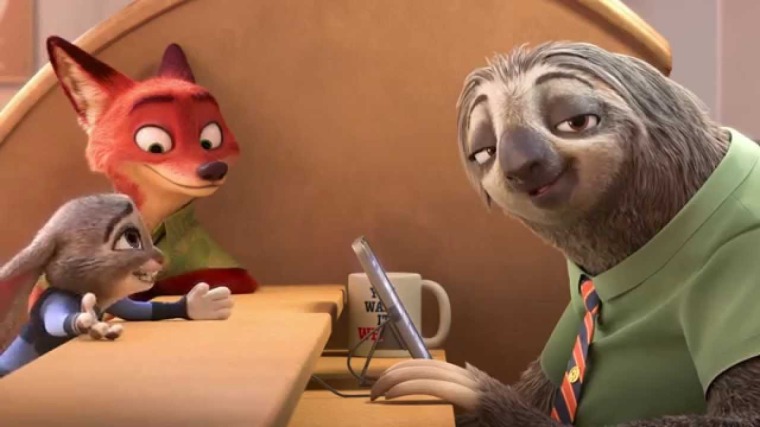 To cut a long story short, I actually think this is one of the best Disney films. I loved Frozen and I love the classics like The Lion King, Mary Poppins and Aladdin, but I think this was the most well thought of animated film I have seen! The attention to the details in the story and how the characters were was amazing! I really love a determined character who ends up learning that you have to work for your dreams ha! (The sad thing is that I’m actually being honest!)

I really enjoyed it and I think that the last few Disney films have been aimed at everyone, not just children, and I love that! Also, there was a trailer for the new Jungle book film and it looks AMAZING! I think it’s out in the Spring, but the effects and scenery shots look incredible. Seriously, how do they do it?

Well, if you were thinking of going to see a film but couldn’t decide, definitely consider this one! You’ll really enjoy it, laugh, cry a bit and leave the cinema with a bit smile on your face :)

Peace and love, Polly May xx